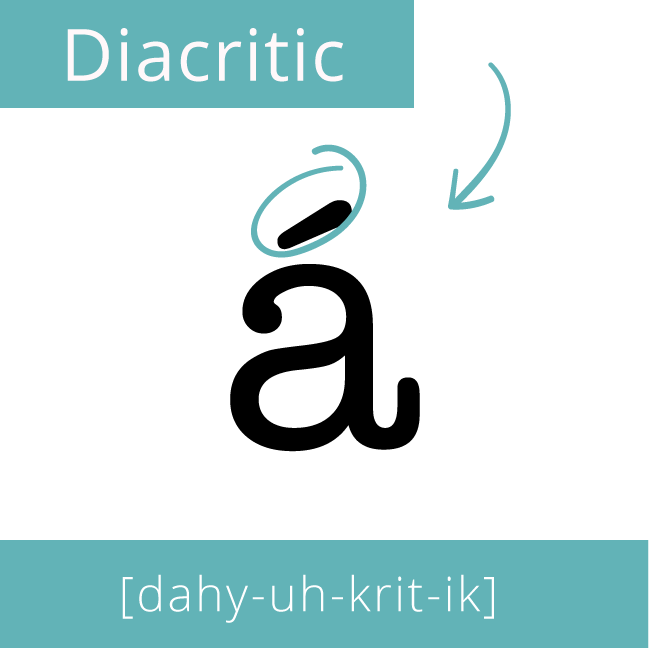 What’s that thing always flying over a’s and e’s in French words?

Definition: “A mark near or through an orthographic or phonetic character or combination of characters indicating a phonetic value different from that given the unmarked or otherwise marked element” – Merriam Webster Dictionary

Used In a Sentence: Two diacritics appear over the E and A in the word “déjà vu.”

Get my freebies, tutorials and more delivered straight to you inbox.